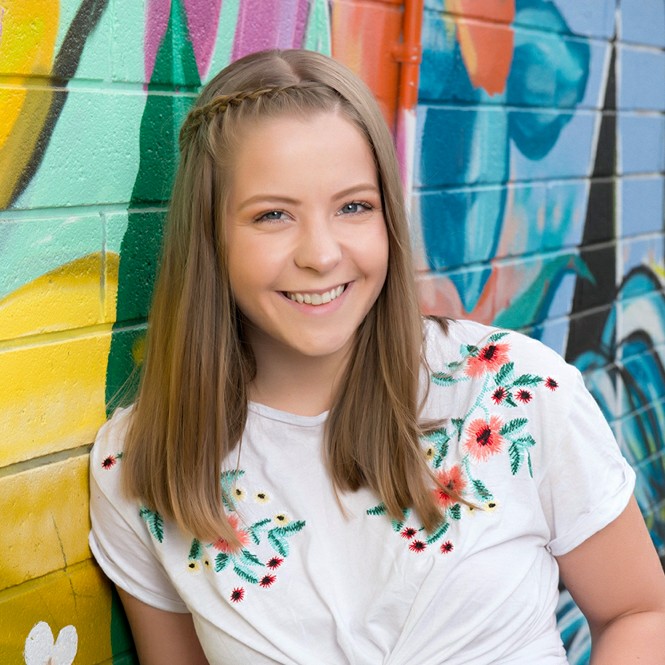 Kodi has been performing for as long as she can remember, and joined Theatre Bugs classes when she was 9. She spent 6 years in the highest performance group, with her last performance as ‘Mrs. Potts’ in their production of Beauty and the Beast Jr, 2017. With Theatre Bugs she has also performed in dozens of public performances, including in the Adelaide Fringe, for Something on Saturday, and on Peter Combe’s Melbourne tour in 2015.

Throughout her childhood and teenage years, Kodi was also heavily involved with the Australian Girls’ Choir, where she gained extensive vocal training for 12 years. Through the choir, she was chosen to film for Qantas’s 2009 ‘I Still Call Australia Home’ commercial, tour Europe and Singapore, as well as perform alongside Jessica Mauboy and David Campbell in Los Angeles, and behind Hugh Jackman in his 2015 Broadway to Oz tour.

Amateur theatre has also been a huge part of Kodi’s life, and some of her favourite roles have included ‘Violet Moore’ in Footloose (Parks Theatre Company, 2017), ‘Jovie’ in Elf Jr. (Theatre Bugs, 2016), and ‘Brigitta’ in The Sound of Music (The G & S Society of SA, 2014). In 2020 she has been cast as Margot in Legally Blonde with the Metropolitan Musical Theatre Company of SA.

Kodi is currently in her final year of studying Communication and Media at the University of South Australia, majoring in Tourism Management. She loves working at Theatre Bugs, and says the best part of her job is seeing her students’ confidence build in every single class.