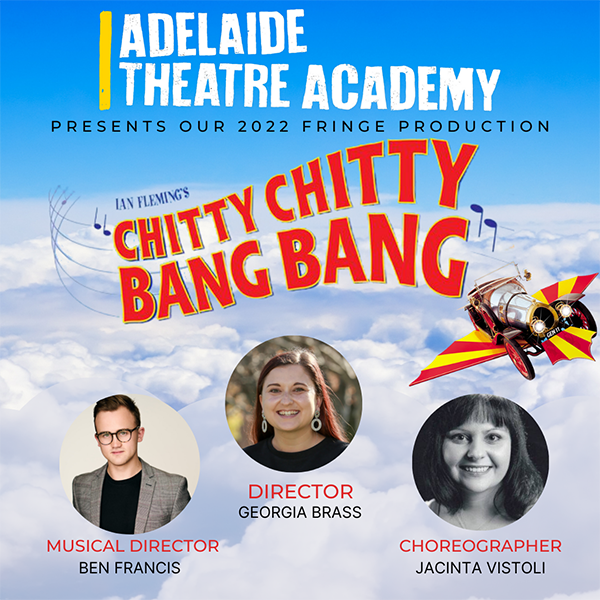 We are thrilled to announce that our 2022 Fringe production is the wonderful CHITTY CHITTY BANG BANG.

Auditions were recently announced and the response has been enormous.

The show is based on the 1968 film and Chitty Chitty Bang Bang tells the story of an eccentric inventor named Caractacus Potts who sets about restoring an old race car with the help of his children Jeremy and Jemima. Soon, they discover the car has magical properties, including the ability to FLY, however, trouble occurs when the evil Baron Bomburst wants the magic car for himself. Along with the delectable Truly Scrumptious, Caractacus and the children head to Vulgaria to rescue Grandpa Potts (kidnapped by the bumbling duo, Boris and Goran) and rid the kingdom of its authoritarian, child-hating rulers.

With a fantastical flying car, a heartwarming love story, and a whole bunch of teamwork, Chitty Chitty Bang Bang is a fun-filled musical adventure for the entire family.

Showing at the Norwood Concert Hall during the 2022 Adelaide Fringe from February 25 – 27.

Bookings will open in line with Fringe announcements.